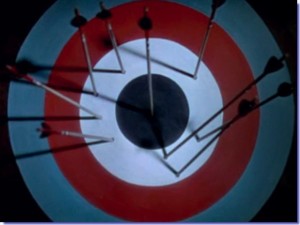 When Powell was 17 years old he left the career of a banker behind him and became one half of a creative production partnership that would be Oscar nominated and recognized for outstanding achievement in film.

The partnership was Powell/Pressburger & known as the Archers.

Powell was a spare hand on various film sets until he talked his way into a job as a stills photographer on two of Hitchcock's feature films, Champagne and Blackmail.

In 1931 Powell began to direct hour-long films. These films and many like them were needed to satisfy a legal requirement by the government of the time to increase the making of British films. Cinemas had to show a certain number of British movies every year. During this period Powell developed his directing skills, learned his craft and directed around 23 films in five years.

As director of The Spy in Black. Powell was instantly taken aback by a talented screenwriter on set

"I listened spellbound to this small Hungarian wizard".

The screenwriter was Emeric Pressburger and not long after they decided to form a creative partnership. The collaborative films would be "Written, Produced and Directed by Michael Powell and Emeric Pressburger" forming a powerful partnership they dubbed 'The Archers'.
Their films were incredibly popular and are now considered classics such as The Red Shoes (1948),Black Narcissus (1947),

On learning of The Life and Death of Colonel Blimp, Sir Winston Churchill did everything he could to prevent the film from being made or screened in cinemas. Churchill believed the film would cast the image of a British Army officer in a dangerously negative light. With some difficulty the film was completed although prevented from being released in America two years after it's u.k release.
Powell lived at no.8 Melbury Rd

Theatrical Trailer for The Red Shoes 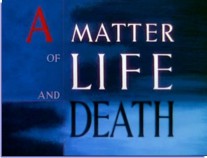 A Matter of Life and Death

On a returning flight to England during WWII the pilots plane is shot down over the channal.

A mix up in heaven means he may have temporarily cheated death until he is called upon to argue for his life before a heavenly court.

Watch it online in full at InternetArchive.org