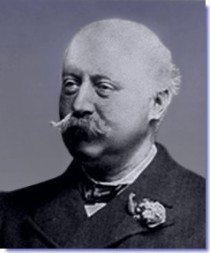 In 1916 heavy casualties were being incurred during the bleak days of World War I.

Increasing public moral became paramount. Charles Hubert Hastings Parry was asked to produce an invigorating hymn to regain a sense of pride in the British people.

William Blake's poem 'And did those feet in ancient time' was choosen and the title of Jerusalem was given.

The great composer Edward Elgar famously arranged the musical piece in 1922 to be performed by a large orchestra.

After hearing it King George V was so emotionally struck by its beauty, stirring such a strong sense of pride, he favoured the song over the national anthem 'God save the King'.

Hear a snippet of the popular 'Jerusalem' hymn in it's many different variations by pressing play below: