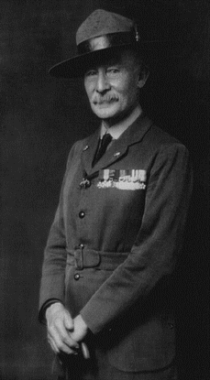 In 1884 Baden-Powell produced a miltary manual while serving in the army called 'Reconnaissance and Scouting' and later﻿ ‘Aids to Scouting for N.C.Os and Men’. These relatively unknown training books used by the army to train scouting troops proved to be incredibly popular & began being used by church groups and voluntary organisations across England.

Baden-Powell decided to re-write the manual for younger readers. 'Scouting for Boys' was published in January 1908 and has never been out of print since.

From Lieutenant General to Cheif Scout of the World

In 1910 Sir Baden-Powell retired from the army to devote more of his time to the newly formed Boy Scouts.

After much demand, Baden–Powell and his sister Agnes created an off shoot to the Boys Scouts - the Girl Guides and in 1916 the Wolf cubs﻿ was created for boys under 11.

The first World Scout Jamboree was held in 1920 at Olympia, where Sir Baden-Powell was heralded as Chief Scout of the World. 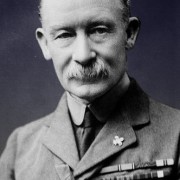 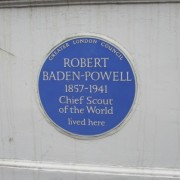 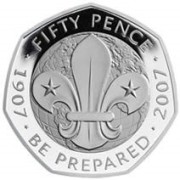 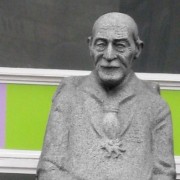 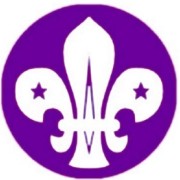 Find out more about Baden-Powell

Check Kensington & Chelsea's local library catologue online. Do they have the book your looking for: