The Men & Women in Scarlet

Former members of the British army.

The Chelsea pensioners reside at the Grade 1 listed Royal Hospital. A nursing & retirement home for all former soldiers who have served more than 20 years in the army or were injured during service & are now 65 years or over.

Within the Hospital boundaries all Chelsea pensioners are encouraged to wear a blue tunic uniform. When traveling outside the hospital the pensioners wear their distinctive scarlet coats.

The Chelsea Footbal Club  paid tribute to their veteran supporters with the inclusion of a red trim on a traditional blue strip for their home kit (2010-2011 season ). 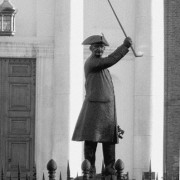 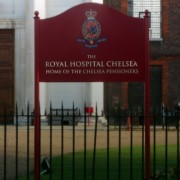 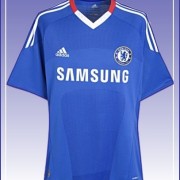 Hear a snippet from the Chelsea pensioners album