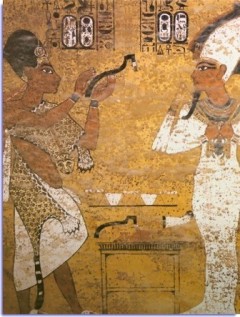 An Egyptologist & Archaeologist who became famous upon discovering the tomb of Tutankhamun.

Carter started his strong connection with Egypt as a young artist accompanying an archaeological survey travelling to Egypt. He traced markings and designs of tombs eventually meeting Professor Flinders Petrie a pioneer in archaeology.

By the age of 17 Carter was inspired to become an archaeologist himself. At twenty-six having gained some archeological experience but with no formal qualifications, Carter was hired as chief inspector of the Egyptian Antiquities Service overseeing a number of excavations.

Three years later having left the Egyptian Antiquities Service he was employed by Lord Carnarvon to excavate at the Valley of the Kings. Other than the unavoidable interruption of World War I, work carried on vigorously but with no results.

Frustrated by this, Lord Carnarvon gave Carter an ultimatum. Limited by time, funding & with the increase of pressure. On 4th November 1922 a water carrier found steps leading downwards.

Lord Carnarvon and Carnarvon's daughter alongside Carter, ‘Feverishly…cleared away the remaining last scraps of rubbish on the floor of the passage before the doorway’, until there was the clean sealed doorway before them. Making preliminary notes they then went on to make ‘a tiny breach in the top left hand corner to see what was beyond’ 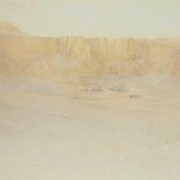 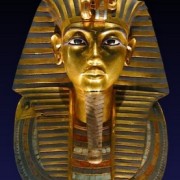 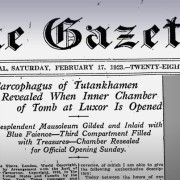 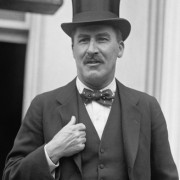 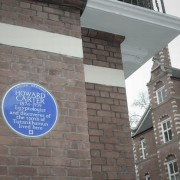 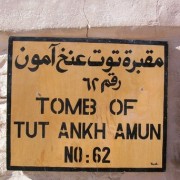 Find out more about Howard Carter